In case you want to be notified about school in your locality then please register here. 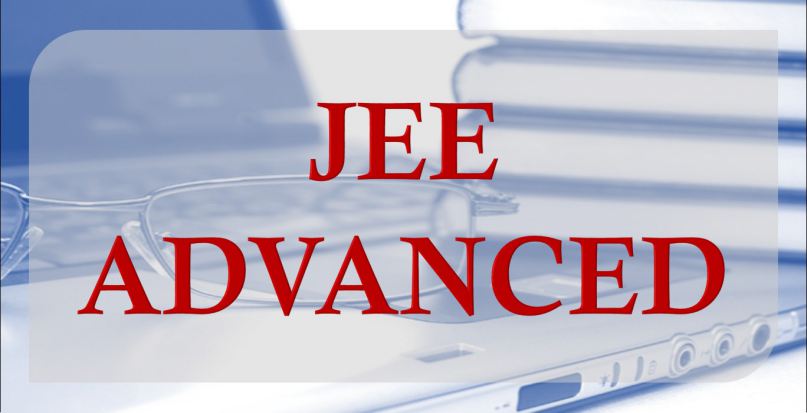 JEE Advanced is an exam conducted by seven zonal IITs with one IIT taking up the responsibility every year. Apart from the IITs and NITs, some top-ranked institutes like IISC (Indian Institute of Science), Rajiv Gandhi Institute of Petroleum Technology and the IISER (Indian Institute of Science Education and Research) grant admissions on the basis of scores obtained in JEE Advanced. The students who clear the JEE MAINS exam are only eligible to appear for the exam.

Isolation/preparation and properties of the following non-metals
Boron, silicon, nitrogen, phosphorus, oxygen, sulphur, and halogens; Properties of allotropes of carbon (only diamond and graphite), phosphorus and sulphur.

Algebra of complex numbers, addition, multiplication, conjugation, polar representation, properties of modulus and principal argument, triangle inequality, cube roots of unity, geometric interpretations.
Quadratic equations with real coefficients, relations between roots and coefficients, the formation of quadratic equations with given roots, symmetric functions of roots.
Arithmetic, geometric and harmonic progressions, arithmetic, geometric and harmonic means, sums of finite arithmetic and geometric progressions, infinite geometric series, sums of squares and cubes of the first n natural numbers.
Logarithms and their properties.
Permutations and combinations, binomial theorem for a positive integral index, properties of binomial coefficients.
Matrices as a rectangular array of real numbers, equality of matrices, addition, multiplication by a scalar and product of matrices, transpose of a matrix, determinant of a square matrix of order up to three, inverse of a square matrix of order up to three, properties of these matrix operations, diagonal, symmetric and skew-symmetric matrices and their properties, solutions of simultaneous linear equations in two or three variables.
Addition and multiplication rules of probability, conditional probability, Bayes Theorem, independence of events, computation of the probability of events using permutations and combinations.

Electricity and magnetism
Coulomb’s law; Electric field and potential; Electrical potential energy of a system of point charges and of electrical dipoles in a uniform electrostatic field; Electric field lines; Flux of electric field; Gauss’s law and its application in simple cases, such as, to find field due to infinitely long straight wire, uniformly charged infinite plane sheet and uniformly charged thin spherical shell.
Capacitance; Parallel plate capacitor with and without dielectrics; Capacitors in series and parallel; Energy stored in a capacitor.
Electric current; Ohm’s law; Series and parallel arrangements of resistances and cells; Kirchhoff’s laws and simple applications; Heating effect of current.
Biot–Savart’s law and Ampere’s law; Magnetic field near a current-carrying straight wire, along with the axis of a circular coil and inside a long straight solenoid; Force on a moving charge and on a current-carrying wire in a uniform magnetic field.
The magnetic moment of a current loop; Effect of a uniform magnetic field on a current loop; Moving coil galvanometer, voltmeter, ammeter and their conversions.
Electromagnetic induction: Faraday’s law, Lenz’s law; Self and mutual inductance; RC, LR and LC circuits with d.c. and a.c. sources.

Freehand drawing
This would comprise of simple drawing depicting the total object in its right form and proportion, surface texture, relative location and details of its component parts in appropriate scale.  Common domestic or day-to-day life usable objects like furniture, equipment, etc., from memory.

Imagination and aesthetic sensitivity
Composition exercise with given elements. Context mapping. Creativity check through the innovative uncommon test with familiar objects. The sense of colour grouping or application.

Q.1. What is the entry/registration fee for the exam?

Ans. The entry fee for the exam varies with mode of exam and caste

Q.2. What is the computer-based exam?

Ans. The exam is supposed to be given on a computer in the respective examination center mentioned on the Admit Card.

Q.3. It is an online exam; does it mean I can give it from my home?

Ans. No. You must be present at your respective examination center.

Q.4. From where can I prepare for the exam?

Ans. You need to be very careful while selecting your study material. The exam stands as a difficulty level in itself.

Q.5. What languages can the exam be given?

Ans. The exam can be given in English and Hindi.

Ans. This is not the case. Apart from an AIR in JEE Advance, you must fulfill all the different criteria for the specific IIT you want to take admission in. There is also the caste-wise seat reservation in the institutes. You must take care of them too.

Q.7. During JEE Main registration I mentioned the wrong category, can I correct it while filling the form for JEE Advance?

Ans. No, you cannot.

The top scorers at JEE Advanced 2017 are

How to Prepare for Olympiads –